Quiz RPG: The World of Mystic Wiz is a new Quiz RPG from Kuma the Bear! Answer questions while tackling quests and battle with other wizards in online tournaments!
Download it for free with no registration or complicated controls required. Travel the world with Wiz on a quest to become a Master Wizard!

~Unleash your knowledge as magic!~
The gates of wisdom.
Wisdom is what connects the 108 worlds,
opening the door to mystical powers.
People called these powers magic,
and those who wielded them were known as wizards.
This is the story of a wizard who lived in a world filled with magic...
Quiz RPG: The World of Mystic Wiz is a quiz/trivia card battle RPG, where you will answer questions while taking on quests. The game takes place in a magical fantasy world known as Ques=Arias. You assume the role of a wizard, completing tasks and investigating incidents while competing with other wizards in a bid to become a Master Wizard. 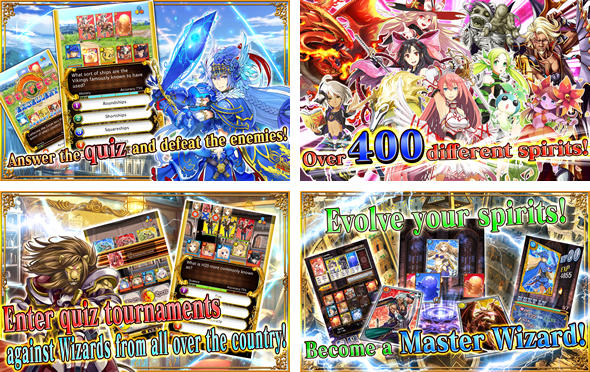